If you’ve followed my witterings about riding a bike to work, you’ll know it’s been 4 years now – through sun, rain, laughter and pain (well not so much pain as occasional f*$pp&*# exasperation).  It’s taken me 4 years but I have found, or rather eventually acknowledged yet another way…

Perceived “near misses” they may be but ask someone who’s been hit or injured by an un-miss and the bike rider comes off worse, often much worse.
I’ve decided it’s not worth it and taken the decision to ride an even more insouciant route – the alternative’s not worth the hassle. 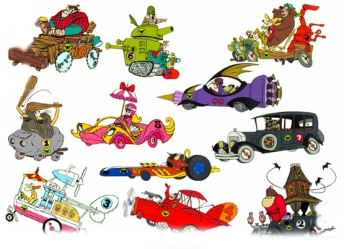 The realisation that riding a bike is NOT the same as driving a motorised vehicle does take a shift in mindset. It’s not just a decision, it take a realisation.

We are brought up from the word go to experience the phenomenon of travel by motor vehicle.  Who remembers as a child, peering out of the window as parents drove to wherever and pretending to drive yourself?  Yes, at first opportunity I purchased a car.  A VW Beetle, after that I got another VW Beetle, then a Ford Orion, then a Mazda 626, a Ford Escort, then a Toyota ‘Sportif’, and yes I now after a year of going without, we are a two car family again and our run around is an old Ford Ka called Dotty (used about once or twice a week).

But thankfully I remember (with thanks) walking to school in the rain and getting drenched – remember the 1980’s Parka coats that took all day to dry – character building?  I remember fondly the paper-round where seasonal puddles came & went like clockwork.  Then the weekly summer rides to the beach on the bike with walkman and ironically the Beach Boys‘ Little Deuce Coupe in my ears. I digress…

Moving to riding a bike without the mindset or instinct of a ‘motorist’, (god is that what we are when we drive? Motorists? No, no more than a person on a bike is a cyclist! I digress again… ) Riding a bike as a human being without the trappings of cultural expectation and reaction is not easy.

Back to the point of the post, I have now moved off the main roads even more and it’s nice.

For a long time I’ve been using the first half of the route below, I’ve now adopted the second half…

After wending your way negotiating motorised traffic through syston (after the mocking white line on the road that suggests you should ride through the drains, debris and gutterage) there’s a shared path past Roundhill Academy…

After Roundhill and the Thurmoland roundabout there’s a good shared path around Thrummy.

Now the bit that takes some patience and tolerance – I wonder if the Council have plans to encourage people to cycle more? hummmm?

After Thrummy there’s a very poorly surfaced and disjunctive cyclepath(?) to Troon Way.

After Troon Way there’s a horrendous surface of the cyclepath(?) down Melton Road past Rushey Mead School.

After a wiggle through the park (which is nice) we have the community laden Harrison Road all the way down to rejoin the fun and frolics that is Catherine Street – don’t get me started on Catherine Street’s repeated daily illegal and dangerous driving, parking and speeding.

As I say – I’ve decided it’s not worth it the risk – each to their own – for now I’m taking a more insouciant route – the alternative’s not worth the hassle.

Who’s up for a ride? Go on you know it makes sense!

And they travelled home by a different route...
Awake, awake to love and work!
Midday...
Marvificent