Sunday morning, cycle ’round the block, rural Leicestershire… some thoughts.

Woken this morning by a poorly daughter – (barking like a seal on silk-cut). Bless her, she’s suffering this weekend. Calpol and ‘stuff’ are hopefully doing their thing.
So a bedtime cuppa for the wife and ‘Milkshake (5)’ for t’other little lady, and off out on the pedals for an hour. The outing was briefly awesome! 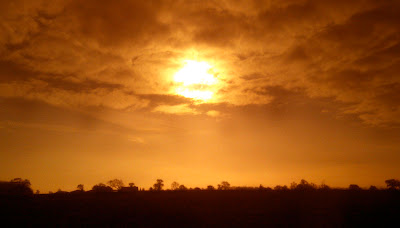 After a twittering with Martyn Joseph last night (sorry Wales – gutted for u!) I’ve booked some tickets for Nov. It’s been 5+ years since I saw MJ after probably 20+ years of seeing him at least once a year!
So I stuck an album on the pod which for the last few years sat collecting dust. The old MJ stuff has just not been resonating in the last few years, even a bit of a turn off… I’ve been on a different track recently.
This morning some of his offerings did again almost ring with recent recovering thoughts and feelings.
Can’t sum up the experience save to say the ride was bracing. 3°C, 8.30am, rabbits, pheasants, birds of all kinds but notably buzzards. We have what must be a family (4 or 5) that live nearby and this morning one joined me on my ride for a minute. It soared over the hedge and followed me along the road for 20-30 seconds before circling a field and perching in a roadside tree – oh I wish I had the Lumix, alas the HTC wasn’t up to the job.
At the moment I’m tentatively reading ‘The Shack‘, a library angel put it in my hand! (Another story). I’ll report back if i survive it.
I’d like to list the other cultural material that’s popping and fizzing at the mo. but can’t think. Let’s just say stuff’s simmering and I occasionally get a whiff of something stimulating… we’ll see… hope it doesn’t boil dry.
Highs on the ride this morning were utterly ecstatic; I find myself laughing out loud as I reach a summit or simply a hint of epiphanic ‘life’; we then roll back down to norms and onward…
My only concern at the mo is that ‘glory’ goes to my perception of seemingly ‘natural’ phenomena while I avoid the death and natural ‘fall’ also abundant around us. I rejoice over ‘life’, and it seems it’s the ‘human’ interference and conceptions that fail and mar the outlook.  Nature is a harsh if beautiful thing, I wonder if humanity can be beautiful as well as harsh and ultimately faulty.

Beeee Slow... Take three minutes *SoundOn*
Word of the day?
Bike by the river...
If your mind's full of noise...