Not ‘ramble’: not, to wander around in a leisurely, aimless manner. But to ‘amble’: move at a slow, relaxed pace. The word originally denoting a horse’s gait, moving with a slow four-beat rhythm. From the Old French ambler, from Latin ambulare ‘to walk’.

We recently took some time out and, much thanks to my wife, we enjoyed a few days (walking) in Northumberland. Specifically in England’s friendliest port, Amble*.

Ever since I left Cornwall roughly 30 years ago, I constantly return to a deep wonder of the sea. As many do, we head for the coast a few times annually. It’s been said I am often ‘like a fish out of water’, a high-maintenance fish out of water. I confess, I am often seeking tonic.

Census data reveals that people living near the sea are happier than those inland. Another study found that people’s mood increased more when they were shown a blue environment, compared to green, urban or a blank wall.

Some argue that blue, and water, and the coast are more familiar to core human ‘being’ than the constructed urban, and ever-growing digital, environment.

For me, personally I find an overwhelming grounding sense of peace, or relief, whenever I encounter the coast. That edge of the world where land meets the sea, where the sea meets the sky.

Is it to do with the raw nature and lack of human influence? The edge of something definitely bigger than the messiness we create?

Or is it linked to the 20 years I spent growing up by the sea? 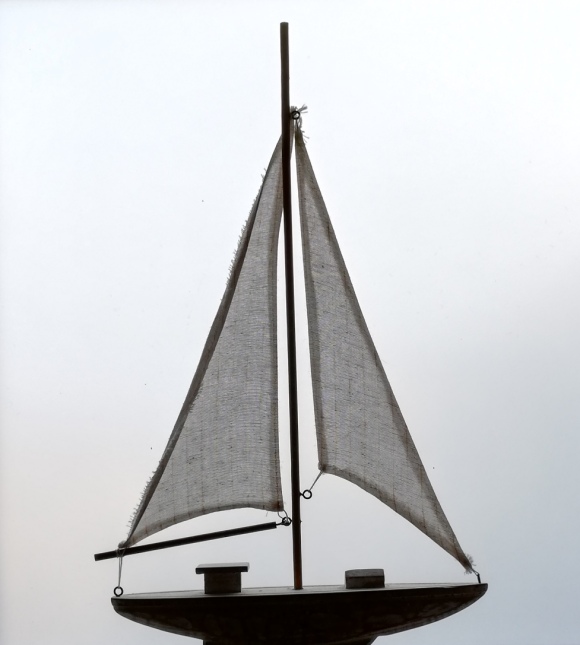 I guess put simply, for people living ‘inland’, the coast can be a novel tonic to the dry urbanism of contemporary life. Some find a significant stress relief by spending time near to the sea. I have to say, personally it seems there’s more to it than that, but perhaps I am over sensitive.

In a tweet Dr Amy-Jane Beer reminded me that “Coasts are liminal places – the edge of the known, {coasts offer} opportunity… For the timid, {coasts} may seem to be barriers, but for the bold, or the wishful, they are routes to somewhere.”

An amble around Amble harbour can be such a tonic. In the main it’s ‘the natural’ that acts as a tonic and soothes and recalibrates the noise. A lone curlew totters along the sandbank feeding on the bounty that the low tide uncovers. A host of smartly preened oyster catchers scour the seaweed then take flight with flashes of black and white as the dog gives cchase. Coiffured eider ducks take turns diving down below the pier. The sea constantly ebbs and flows, washing, cleansing, reviving the shoreline. Standing facing this wild frontier, the horizon resonates clear as a crystal bell, stretching wide, not a soul in site. It’s fresher and cleaner, more mountainous, more colossal than the busy world behind. A cormorant stands proud on a weathered post, wings outstretched drying in the warm sun-kissed breeze. It is this breeze, this nature, this natural fresh air that is part of tonic I crave.

I love the buzz, the vibrancy, the music of urban life. I love the energetic juxtaposition of characters and cultures that most urban environments create. I remember the first time I found myself alone, swimming in the excitement of bright lights, sounds, smells and tastes. It was in London, outside a bar, and the pavement life excited with buzzment. I was young then, but I have enjoyed, and hopefully will continue to enjoy, similar rich cultural reverberations – good times. But they are momentary fleeting hits, fanciful fascinations, adrenaline fuelled enjoyment. Multifarious, concordant, harmonic, polyphonic, moments of magic…. Life outside its fullness. With this excitement comes times of turmoil when the chords clash, when rhythms fail, and when we just can’t maintain the energy or ambition that the music demands.

Sometimes we need to default back to the stuff that grounds us. Back to the primary notes, the conventional harmony, the tonic. Back to the edge of something essentially more natural than the hypnotising synthetic artifice we create. 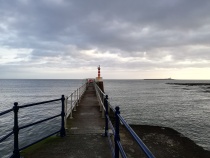 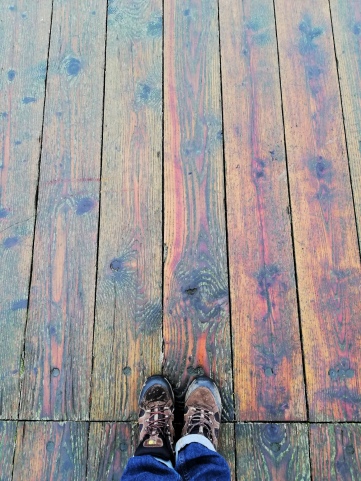 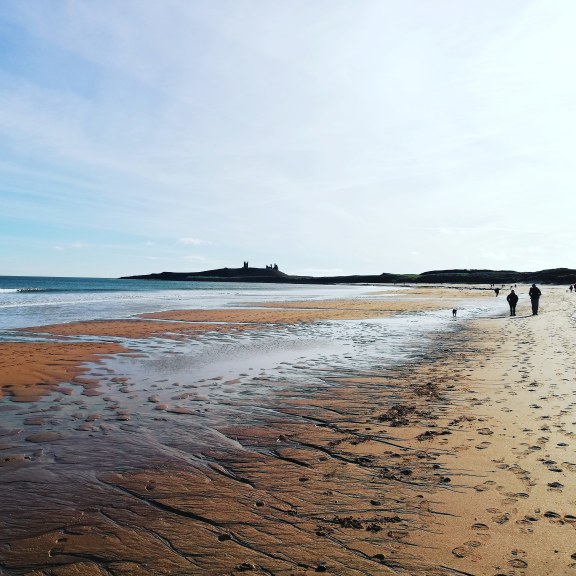 Perhaps if we can sustain those primary notes, that underlying essence of true life, and hear and see a tonic in and amongst the messy busy lives we live, perhaps that’s what a visit to the edges might teach us.

Inside the messiest of lives, behind the noisiest of coagulations is an ambling rhythm that if lost might cause the lot to come crashing down. I hope that we might know the edge of the natural and that when the noisiness of our culture gets too much, we can see and hear the ambling breath behind it all.

*Incidentally Amble earnt its friendly reputation because of one encouraging line of deference that was said in passing. It might only take a kindly word to change things.