Some thoughts on movement.

And so we moved..

We all move, all day, but when are we really moved?

After 14 years creating habits, routines and rituals we pulled the metaphorical cloth from the table to see what stayed in place. We had a mad half hour in January which turned into moving house in March – Like you do.

Over an exhausting 48hours, with much needed help from Dad & Uncle, we actual put everything that was ‘on the table’ so to speak in to six van-loads and transported it a few miles down the road. We will be putting things back on the table for a few months. 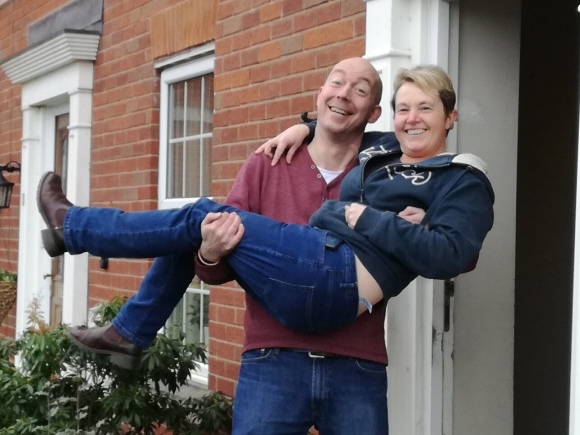 I count this as the 12th house I recall having lived in. Never have I lived in one place more than about 7 years, until the last 14 years that is. After 14 years, the initial rearrangement of a place to inhabit has been a moving event. You suddenly realise that you have built a life around many things, objects, spaces, and as I say, habits, routines and rituals. We take a lot for granted, we do a lot unconsciously, and having to carry on as usual when all the usual things are not in their usual places can be disconcerting

But we rejoice at a new table, hopefully a new altar in the world, a fresh space to grow.

I pray the routines, rituals and habits that might evolve will be good. To quote Deepak Chopra “In the midst of movement and chaos, keep stillness inside of you.”
And something more antique from Ovid “All things change, nothing is extinguished.  There is nothing in the whole world which is permanent. Everything flows onward; all things are brought into being with a changing nature; the ages themselves glide by in constant movement.”

More moving for me is I recall my Cornish Nana had a scullery. We now have a scullery… “And you will keep singing as the days go by.”

And they travelled home by a different route...
Awake, awake to love and work!
Midday...
Marvificent