mentioned the other day that true ‘friend’liness, whether merely passing or with the value of ‘times past’, is extremely powerful.

Some will say whatever; “I couldn’t care less…  stop chasing rainbows”.  I find that reaction sad, it’s not about rainbows it’s about the here and now and the person and place around the next corner.  True friendliness can change your world. ❤ was created ★ !

People knock social media for its shallowness and frippery, but consider the fact that a significant % of your life is now online (you’re online now), a significant proportion of your spending decisions will be made online. ‘Online life’ is a fact. Like anything, it’s how you interact with (react to) social media that gives it value.

A lot’s been written recently about Twitter’s break this year with its 10-year-old ‘favourite’ gold star ★ symbol and its new adoption of a ‘like’ red heart ❤ symbol. 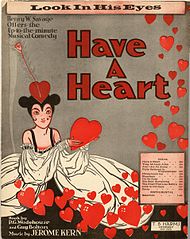 Other platforms already use the heart but for tweeters “Oh no, no, no!” was the initial outcry and a quick reactive poll about the change with more than 9000 votes said  12% liked it and 88% disliked it. No! to the hearts!!  We don’t ‘like’ change do we? I must say when I first saw the little heart ❤ I thought it a bit childish and not as worthy as the star ★ .  Not really appropriate for the cut and thrust of twittersphere.

However Twitter has reported that “It’s a change that’s been fantastic for the platform… We see now 6% more hearts, 6% more likes on Twitter than we saw with favorites…”

As I say, a lot’s been written about the ★ and ❤ thing – you can ‘like’ a lot of things, but a lot of things can’t be your ‘favourite’.  The heart ideograph has a lot of loaded baggage, as has the star glyph.

Lots of ‘nations’ have stars ★ on their banners but unless I am mistaken none has a heart (yet).  The heart icon has only relatively recently gained the “loves” significance with the 1970’s “I ❤ NY”  etc.

In the end all ‘they’ want is our love (& ££££).  But £ aside, is it more effective to heartily think ‘I love this’ with a heart, or register ‘I think this is good’ with a star?  In our European culture, a heart is more emotional than a star.  Oh no, emotion!!  Can’t go there can we?

I have not been a publicly cuddly person, I dislike public shows of affection and I sigh at the mention of “heartfelt wishes” and “send them my love” etc.  And, I hate (yes, extremely dislike; I think it’s quite unhelpful) the use of the heart when referring to the idea of a soul.  But, I have warmed to the little heart ❤ symbol. Perhaps it’s living with (and loving) three females or perhaps I am getting old.

What’s in a symbol?

Of course there will always be those that hate (Grrrrrrffff!) both stars and hearts, but I say again; true ‘friend’liness, whether merely passing or with the value of times past, is extremely powerful.

Seasonally you can debate and argue about the mythical star ★ in the east and the significance of the story. But I don’t think you can argue with the heart ❤ element.  We love because we were first loved 1 John 4:19 . Immanuel, ❤ was made flesh ★ ?

Holocaust Memorial Day Trust (HMDT) encourages remembrance in a world scarred by genocide. ...six million Jews murdered during the Holocaust, alongside the millions of other people killed under Nazi persecution of other groups and during more recent genocides in Cambodia, Rwanda, Bosnia and Darfur.
What is this life if, full of care,
Morning mist...
Solo rower ...